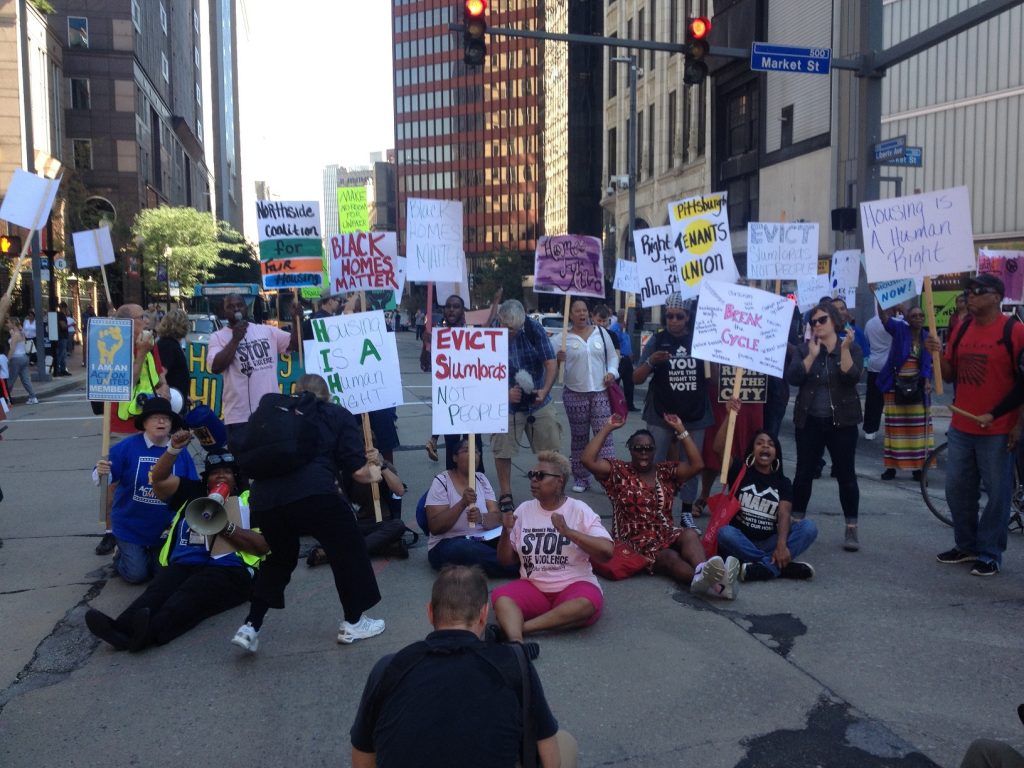 On Tuesday, September 20th, residents from all over the city joined together to participate in a rally for housing as a human right. The rally was co-sponsored by the Northside Coalition for Fair Housing, Homes for All Pittsburgh, Coalition of Organized Residents of East Liberty, the Hill District Consensus Group, and Pittsburghers for Public Transit. Residents called for more equitable development to benefit all, an end to the displacement of families and people living in the city, and quality affordable homes for all people in Pittsburgh.

The rally began at Katz Plaza and ended at Market Square. Residents took to the streets and held major intersections downtown, drawing attention to the urgency and dire need for affordable housing in Pittsburgh.

The action took place the day before a public hearing on the Housing Opportunity Fund legislation before the city council. The legislation would allow for the creation of a housing fund that would provide ten million dollars a year for affordable housing in the city. Over 100 residents were present at the hearing and over 50 of them addressed council, mostly speaking in favor of the legislation. Many noted that while the legislation is far from perfect and a mere drop in the bucket, it is a necessary and important start. Pittsburgh has a deficit of over 20,000 homes, and while rents have been increasing in the past five years, incomes have remained stagnant. Affordable housing units are being torn down to make room for newer and more expensive developments, and lower income residents are being forced out of neighborhoods they’ve lived in for decades.

Some of the proposed changes to the legislation were the inclusion of tenant protections (including just cause evictions), a provision for mandating periodic health and safety checks (using some of the proposed fifteen percent administration fee), build first policies, full relocation benefits, and more priority given to those earning at or below thirty to fifty percent of area median income. Residents also pointed to the need for affordable housing located near good transit that already exists; several at the hearing spoke about the additional burden placed on those forced into areas where there are transit deserts and no way to meet their daily needs.

It is clear that there is an affordable housing crisis in the city and something needs to be done immediately. While the legislation may not be perfect, it was clear from the hearing that there is overwhelming support from residents in the city.

To get involved in this campaign contact Molly at (412)216-9659 , email: molly@pittsburghforpublictransit.org 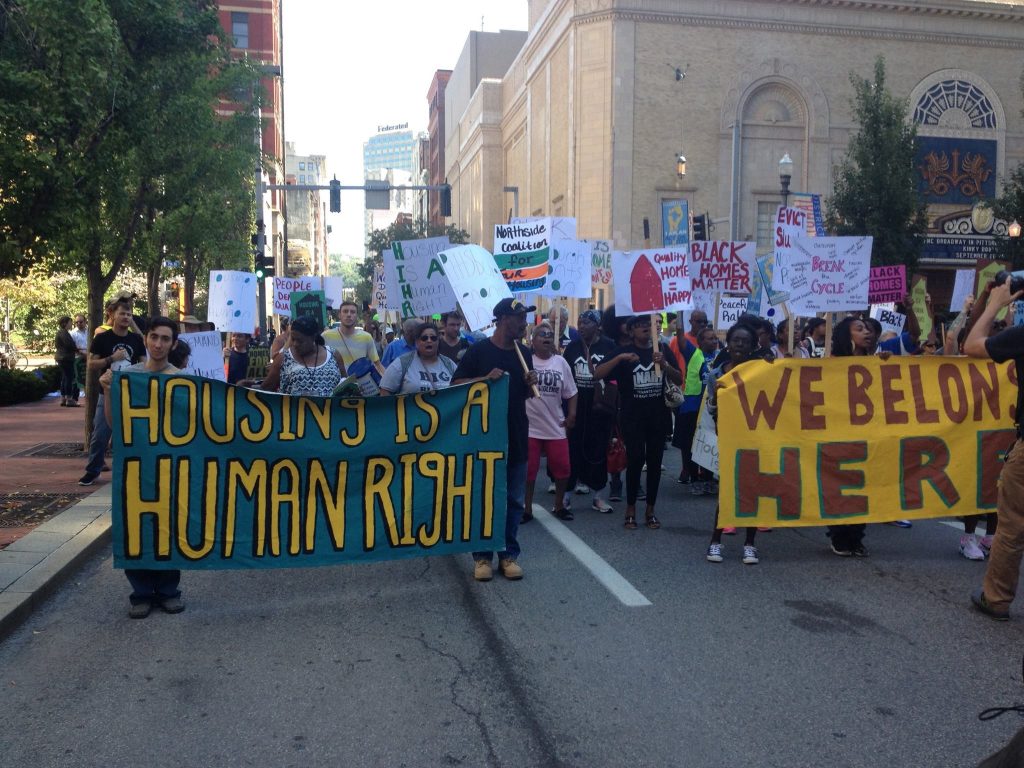