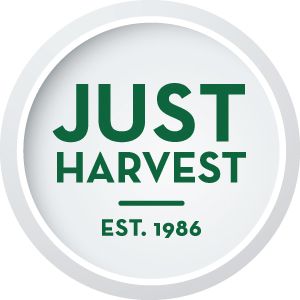 After assuring the audience that there would be no cuts to the frequency of the 61 ABC buses, nor forced transfers in Oakland, Port Authority CEO Katherine Eagan Kelleman affirmed the public nature of our transit system, “We don’t own this service, we run this. You own this service,” she said. “If it doesn’t meet your needs, we did it wrong.” Mon Valley Initiative, Just Harvest, and Pittsburghers for Public Transit applaud this example of leadership that reiterates Port Authority’s accountability and responsibility to the public.

As one woman in the audience said, “People tell us that we’re lazy, but we want to work. It’s very hard to get a job when there is not a bus to get you there!” Public transit plays a critical role in providing low-income under-served communities access to jobs and fresh food. Those involved with efforts to get Port Authority to listen to those communities say they will continue to insist that those most affected by service decisions be at the table for decision-making. Several audience members pointed out that the original plan had been developed without Mon Valley stakeholders after ignoring years of input by those who rely on public transit the most.

Mon Valley Initiative was among the groups that joined Just Harvest and Pittsburghers for Public Transit to advocate for bus riders in Homestead, Swissvale, Braddock and Duquesne, as well as other under-served communities that would have been adversely affected by the original BRT proposal.

“We’re glad that so many Mon Valley residents spoke out about their need for transit, and we’re grateful to the Port Authority for responding to their concerns,” Zinski said. “We look forward to working together with Port Authority, Just Harvest, PPT and other stakeholders on these issues.”

Just Harvest, Pittsburghers for Public Transit, and Mon Valley Initiative urge Port Authority and our city and county governments to revise their criteria for service and development decisions to include equitable access to healthy food, affordable housing, schools, health care, living wage jobs, and other vital needs and human rights, so that we do not have to keep fighting these battles for basic fairness. We urge our public agencies and elected officials to honor and enforce civil rights laws not only in words, but through deliberate and inclusive planning as well.

We stand with the hundreds of people who made their voices heard through phone calls, postcards, letters, rallies, press conferences, and at PAAC, URA and County Council meetings. “There can be no clearer and more convincing example of the power of collective action to protect people’s well-being. When we fight together, we win!” said Helen Gerhardt.
####

MON VALLEY INITIATIVE is a non-profit community and economic development organization that works to unite the communities and restore the economic vitality of the Mon Valley.

PITTSBURGHERS FOR PUBLIC TRANSIT is a grassroots organization of transit riders, workers and residents who fight for accessible, affordable and equitable public transit.

Read more about this here: