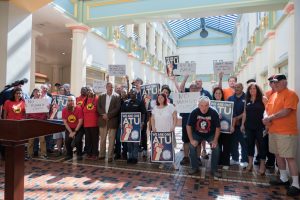 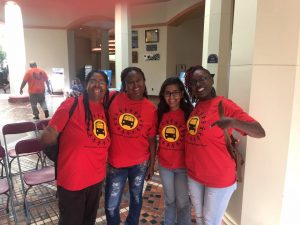 On September 13th, House Republicans voted to pass a budget which approved cuts of $11.3 million to transit in Allegheny County. The budget then moved to a vote in the Senate, and PPT, along with the Amalgamated Transit Union (ATU) headed to Harrisburg to say “NO” to more cuts to transit!

Transit lines are life lines, and thousands of residents rely on public transit every day to get to doctor’s appointments, work, school and many other daily necessities.Transit is not a luxury or a privilege. It’s an absolute necessity! 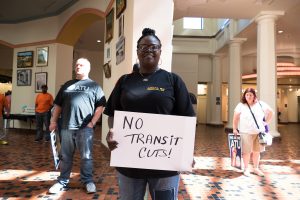 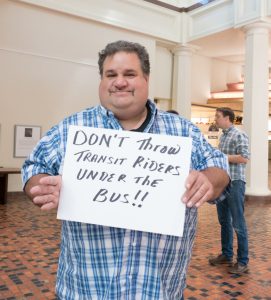 We are hiring a full-time Community Organizer to help us push our campaigns for transit justice - check out the job description and reach out with questions! All applications received by October 15th are guaranteed to be reviewed.
... See MoreSee Less

September 21st, 2022 Pittsburghers for Public Transit is a grassroots nonprofit organization of public transit riders, workers, and residents who defend and expand public transit.  We are seeking a f...

WHEN WE FIGHT WE WIN! 🚌 🚨 🔥 💪 After years of organizing, we were elated to celebrate a major victory yesterday!!! This announcement is the beginning of something big. Now we have to keep up the fight so everyone has the freedom to move.
... See MoreSee Less

We're hiring for a full time community organizer! Come work for your favorite local transit riders' union! Check out the job description and how to apply below ⬇️🚌🚡🚊
... See MoreSee Less

September 21st, 2022 Pittsburghers for Public Transit is a grassroots nonprofit organization of public transit riders, workers, and residents who defend and expand public transit.  We are seeking a f...

1 in 5 Pittsburgh residents lived in poverty in 2021. For Black and Hispanic residents, that number was 1 and 3.Affordable transit fare programs are an economic and racial justice issue. Pittsburgh Regional Transit needs more accessible fares now more than ever.
... See MoreSee Less

One in five Pittsburgh residents lived in poverty in 2021, a 5% increase from two years prior, new data from the U.S. Census Bureau found. An estimated...

See the new service adjustments that PRT started earlier this month. Most of these changes dial back on service slightly, but there were a few beneficial shifts as well. Check out all the new changes here (thx @PGH_BUS_INFO for co-authoring)
... See MoreSee Less

Link to Port Authority’s list of upcoming service changes. This month’s changes are less severe than the last two quarters (where service was cut more than 6%), so we’re grateful. However, we’...